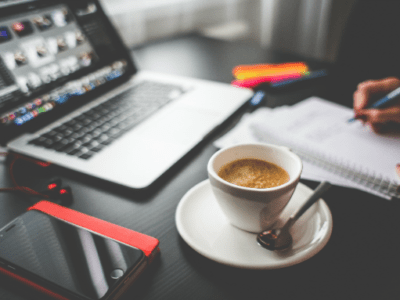 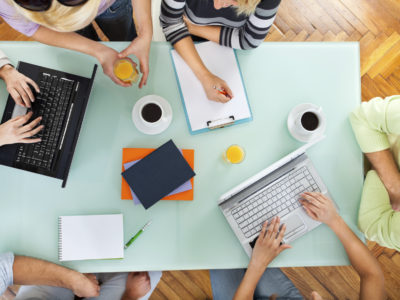 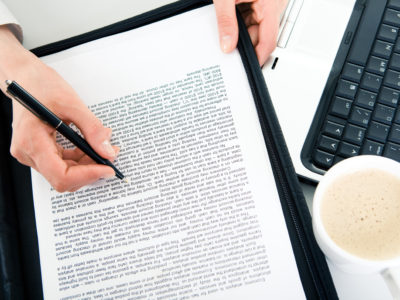 Often, when we walk into a business meeting and tell executives that we are copywriters at Allegoro Communications, we find ourselves having to battle raised eyebrows, scratching chins, and glazed eyes.

Right off the bat, they understand that we are writers of some sort, but “what is copy”, they ask.

At 7 am on Monday morning, Mr. Smith, sharply dressed in his blue three-piece bespoke suit picks up the daily paper from the newsstand below his office building, or logs into his New York Times account on his iPad. He takes the elevator to the top floor and walks into his corner office. He is excited for the day to get started, to start knocking off all those meetings, and to-do’s on his list.

He finds his sweet spot in his burgundy leather cigar chair. The one thing that gets him revved up for the 12-hour day ahead is catching up on all the newsmakers that have made it into the papers that day before he starts tackling his emails.

As he starts to scan through the news, he is met with nothing but images.

Nothing but beautiful, brightly coloured, provocative images bombard him as he scans page after page of that newspaper.

Even in today’s image-driven society, reading a newspaper displaying page after page of images without any words will become pretty boring, pretty fast. Not to mention, Mr. Smith is about to start the day with an image overload, irritated and unfulfilled.

As I write this scene, even I find it boring to read the number of times I’ve written the word “images”.

Thirteen times, by the way!

After a tiring 13-hour day (not a 12-hour one, as Mr. Smith had planned), Mr. Smith is ready to unwind. He fixes himself a cognac and sits in front his 60-inch flat screen television in the plush living room of his penthouse on the fortieth floor. He has earned every bit of that million dollar suite overlooking everything that’s great about his city. The night sky is lit up and the city sounds no longer reach him.

All he wants now is to renew that connection between a man and his TV.

As he turns on the TV and gets to his favourite news channel, he starts to get pounded. Only this time with videos. Silent videos of people doing crazy things, videos of animals in farms, silent video advertisements of people doing silly things, promoting different products and services; TV shows of people silently acting out scenes without saying any words.

He feels like he has been transported back into the silent era in the late nineteenth century, only difference is that everything is in colour.

No words, only silent acting.

This is what dystopia looks like in a horror flick.

Imagine a world without words.

Now let’s go back to copywriting.

Google describes a copywriter as “a person who writes the text of advertisements or publicity material”.

All the words, slogans, headlines, catchphrases, dialogue, scripts and text that you see written in a piece of promotional/publicity material – print/digital OR hear a person say in audio/video clips is what makes copy.

Great copy helps you develop a great brand, and so a great copywriter has great responsibilities.

The copywriter who wrote “Think Different” for Apple had a great responsibility.

The copywriter who wrote “Just do it” for Nike had a great responsibility.

Simplicity is the key!

They say that “the pen is mightier than the sword”. Ok, so the pen has now been replaced with the keyboard. Same difference. So how do you go about finding a great copywriter?

Let some of the greatest copywriters light your path:

When I write an advertisement, I don’t want you to tell me that you find it ‘creative.’ I want you to find it so interesting that you buy the product.”  – David Ogilvy

Decide the effect you want to produce in your reader.” — Robert Collier
The man who stops advertising to save money is like the man who stops the clock to save time.” – Thomas Jefferson
We have become so accustomed to hearing everyone claim that his product is the best in the world, or the cheapest, that we take all such statements with a grain of salt.” – Robert Collier
Copy is a direct conversation with the consumer.”  – Shirley Polykoff
The consumer isn’t a moron; she is your wife. You insult her intelligence if you assume that a mere slogan and a few vapid adjectives will persuade her to buy anything.” – David Ogilvy
Let us prove to the world that good taste, good art, and good writing can be good selling.” – William Bernbach
Make it simple. Make it memorable. Make it inviting to look at. Make it fun to read.” – Leo Burnett

…and at Allegoro Communications, the words we live by are:

“A copywriter should have an understanding of people, an insight into them, a sympathy toward them.”  – George Gribbin

At this point, you may be asking yourself, what kind of copy can I get from Allegoro Communications?

We are experts in writing copy for:

As copywriters, our team at Allegoro believes that the copy we write for you has the power to convince your market.